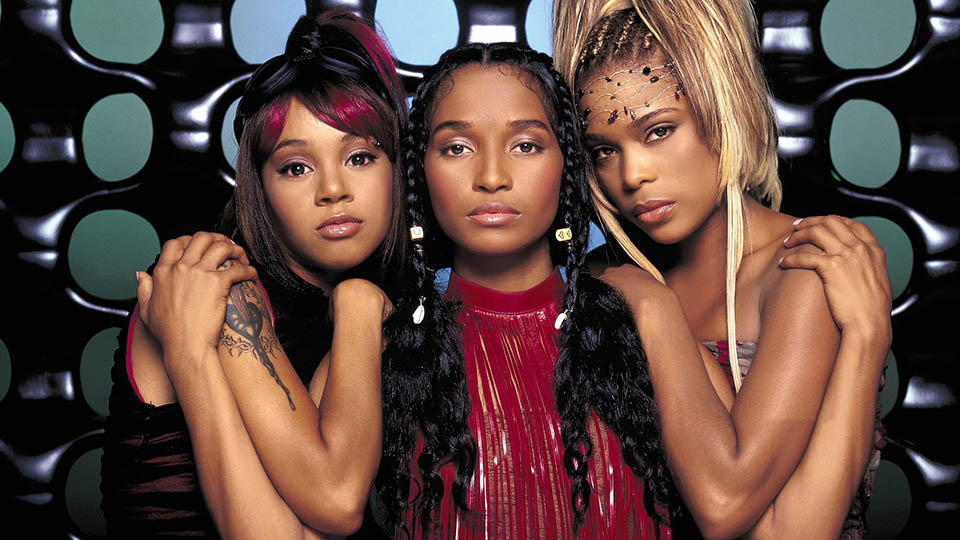 This Fri­day will mark the offi­cial come­back of TLC. Fans world­wide have been wait­ing a long time for this moment – their last album, 3D – was released in 2002, just a few months after Lisa ‘Left Eye’ Lopes’ trag­ic and untime­ly pass­ing. Not only does this year mark the come­back of the group, it also marks the 25th anniver­sary of their remark­able break­through album Ooooooohhh… On the TLC Tip. TLC’s debut album was play­ful, unapolo­getic and affirm­ing for young women – par­tic­u­lar­ly young women across the black diaspora.

TLC’s abil­i­ty to be crazy, sexy and cool through their music is why they are, and always will be, one of the great­est girl groups of all time.

With the release of their new album just days away, it’s only right that we pre­pare our­selves by delv­ing into the TLC archives. Let’s be fair: their back cat­a­logue is strong with an end­less amount of vibes. But here are five rea­sons for you to set your alarm for 00:00 on June 30.

‘Ain’t 2 Proud 2 Beg’ by TLC
TLC’s first ever sin­gle. It’s fun, it’s play­ful and it con­veys every­thing we absolute­ly adore about the 90s. The music video – bold for its time – fea­tures T‑Boz, Left Eye and Chili wear­ing con­doms attached to their bag­gy clothes. TLC sing about the soci­etal pres­sures that young women feel when it comes to being sex­u­al­ly active, but also high­light the impor­tance of women recog­nis­ing that they have agency over their own bod­ies and can do exact­ly what they want with it.

If you want a real treat, check out ‘Ain’t 2 Proud 2 Beg (Smoothed Down Remix)’. Thank me later.

‘Creep’ by TLC
‘Creep’ was the lead sin­gle from TLC’s sec­ond album, Crazy­Sexy­Cool. Pro­duced and writ­ten by long-time col­lab­o­ra­tor Dal­las Austin, the icon­ic change in musi­cal style and image marked a huge rein­ven­tion in TLC’s career. With the release of ‘Creep’, TLC showed the world that they were no longer girls – they were women.

‘Dig­gin’ on You’ by TLC
It’s a sun­ny Sun­day after­noon in July, you have your friends around and you’re enjoy­ing a few anthems whilst chill­ing with some rum punch – or in TLC’s case – “chill­ing with some Kool-Aid”. ‘Dig­gin’ On You’ begins to play and you have a spot of déjà vu. It is at that very moment that you realise this is exact­ly what it means to be “like peace in a groove”. TLC weren’t lying.

‘Water­falls’ by TLC
Mov­ing away from the chilled vibes is a track that is heavy, with an impor­tant mes­sage. ‘Water­falls’ is one of TLC’s biggest tracks – if not, the biggest. It ref­er­ences many issues that plagued the 90s – name­ly, HIV/AIDs, and it was the first num­ber-one song to ever ref­er­ence this issue. Left Eye’s rap is one of the best rap fea­tures on an R&B song. And with its calm but des­per­ate horns, mem­o­rable cho­rus and drum line, this song is one of the great­est R&B tracks of all time.

‘No Scrubs’ by TLC
Before Destiny’s Child’s ‘Inde­pen­dent Women’, there was TLC’s ‘No Scrubs’. And no list would be com­plete with­out it. Released in 1999, after the group had been away for four years, it was basi­cal­ly them say­ing, “We’re still the best of all time – in case y’all for­got”. They were the queens of rein­ven­tion and if there’s any TLC track that por­trays this, it is ‘No Scrubs’.

What are some of your favourite TLC songs? Share your thoughts on our Face­book Page or via @fringefreq on Twit­ter.