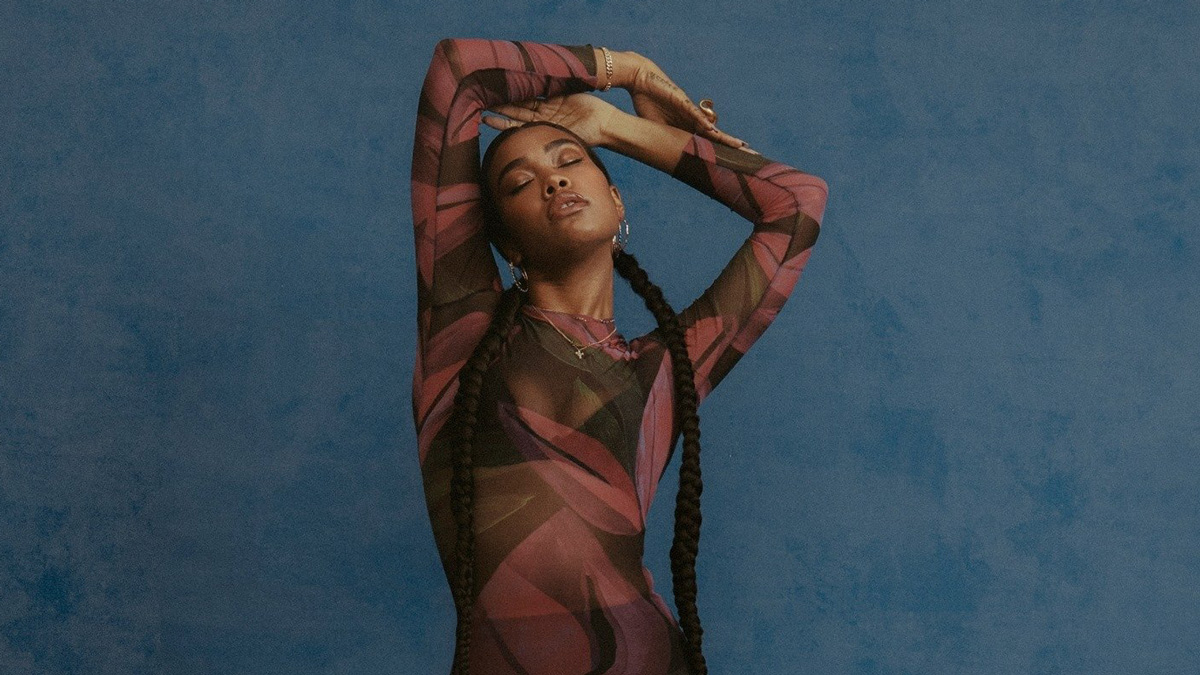 In Rec­om­mend­ed today: Amber Mark takes us to a new dimen­sion with her debut album, New York rap­per Damon Xavier tack­les more com­plex issues, Kab­ba intends to put a R&B spell on you, indie-pop agi­ta­tor Zuzu’s con­tin­ues to do things her way, and Swin­dle’s lat­est album is a cel­e­bra­tion of black excellence.

There’s been a mys­te­ri­ous cool about Amber Mark (pic­tured) and her music, ever since she arrived with her debut EP, 3:33am. Since then, the New York-based singer, song­writer and pro­duc­er has put out R&B adorned with jet-set­ting swag­ger (‘Put You On’, ‘Mix­er’), released cov­er ver­sions of songs by Nir­vana and Sisqó, and shared some of her beat-mak­ing process­es with her fans online.

And yet none of this pre­pares you for the scope of her debut album, Three Dimen­sions Deep. This is a jour­ney through self-doubt to self-belief (‘FOMO’, ‘On & On’). The resilience and sass that Mark has show time and again shines through in songs like ‘Worth It’, ‘Com­pe­ti­tion’, and the vic­to­ri­ous ‘Bliss’. But eas­i­ly the most impres­sive part is the glo­ri­ous col­li­sion of R&B, funk and elec­tron­i­ca that blend and flex togeth­er to take you on a tru­ly cos­mic journey.

Amber Mark is on tour in Europe this March. See tick­ets here.

‘In the Wind (…from doubt)’ by Damon Xavier

New York rap­per Damon Xavier released one of the most impres­sive projects we heard last year with his EP, With(out). In Jan­u­ary, he returned with his lat­est EP, With(draw), which he describes as “more per­son­al” than his pre­vi­ous EP, going so far as to address racism with­in his own fam­i­ly (‘Why I Don’t Call’). ‘In the Wind’ sees him fresh out of the blocks and ready to man­i­fest changes with his music.

Poised to stir up your I’m‑so-over-dating playlist is Kab­ba. This British singer (for­mer­ly known as A*M*E) released her EP, Note to Self, late last year. With pro­duc­er MNEK on beat duties, ‘Mood’ is unapolo­getic pop and a toast to the care­free evenings that lock­down tore away from us.

The New World by Swindle

Swin­dle’s The New World was a phe­nom­e­nal project that was released at the end of 2021. Fea­tur­ing a who’s who of ris­ing British tal­ent, includ­ing Kojey Rad­i­cal, Mav­er­ick Sabre, Joel Culpep­per, Green­tea Peng, Ghetts, and Akala, to name but a few, Swin­dle and com­pa­ny tack­le love, grief, father­hood, racism, and life in Britain. A glo­ri­ous cel­e­bra­tion of black­ness in the 21st century.

We fell in love with Zuzu’s grun­gry, Imma-do-what-I-want atti­tude and zingy indie pop ear­ly on. Con­fi­dent and in con­trol, that’s the impres­sion you get of her when you lis­ten to songs like ‘How It Feels’ and ‘Get Off’. There’s a bit of Mark E Smith (of The Fall) and Katie White (of The Tings Tings) to this Liv­er­pool singer-song­writer, who also illus­trates her own art and weaves her love of sci-fi into her work. Her debut album, Queensway Tun­nel, was released late last year, and it’s well worth a listen.