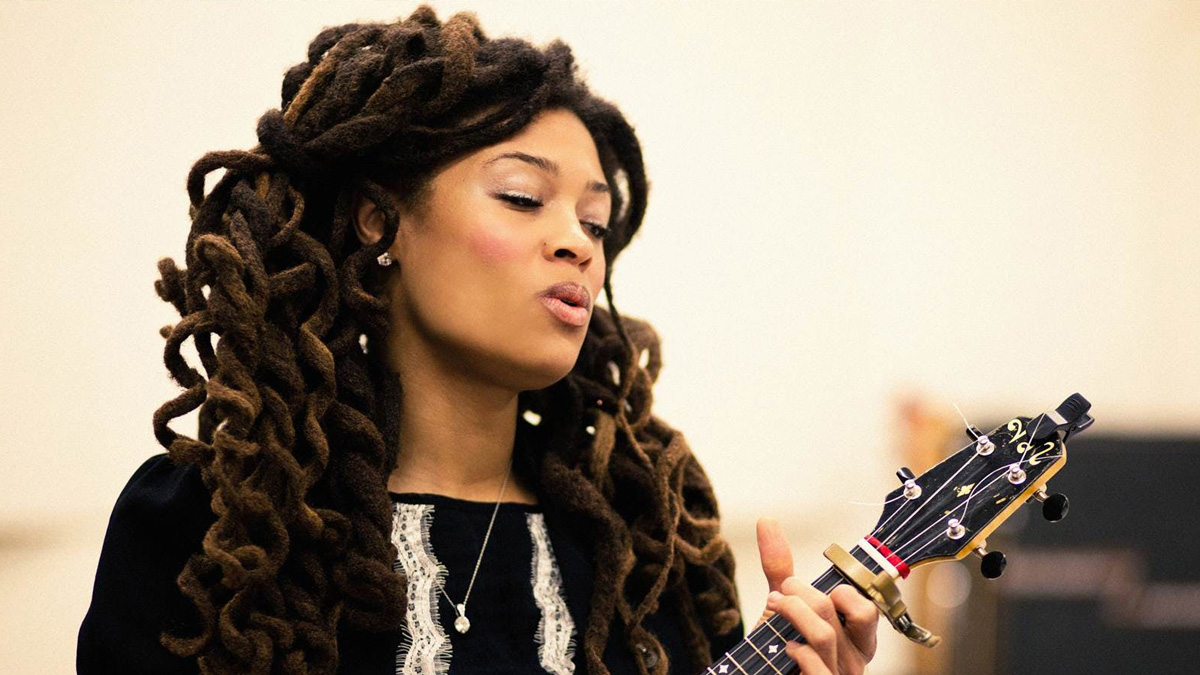 When you talk about folk or coun­try music in the UK, it is the likes of Mum­ford & Sons that most peo­ple think of. With her well-thumbed gui­tar and her thick Ten­nessee accent, Valerie June has brought back the south­ern Amer­i­can sound of coun­try and blues that’s sel­dom heard nowadays.

June says that Pushin’ Against a Stone, her first stu­dio LP, is about wak­ing up in the morn­ing and feel­ing the weight of respon­si­bil­i­ty, “the cream and the cof­fee”, as she puts it. That’s a sen­ti­ment she nails, whether it be in the gal­lant tim­bre of ‘Workin’ Woman Blues’, the gen­tle lul­la­by of ‘Some­body to Love’, or the ache in her voice on the album’s title track. Dan Auer­bach of The Black Keys also helps sup­port June’s musi­cal vision with min­i­mal production.

This album apprais­es the imper­fec­tions of life and reminds you that, with­out them, the good times wouldn’t be so sweet.

Pushin’ Against a Stone was released on Sun­day Best Record­ings in August 2013. Valerie June released her lat­est sin­gle, ‘Cos­mic Dancer’, in 2019.

If you like this artist, check out: Brit­tany Howard, Xyla­roo, Yola